(Reuters) – Lawyers for former President Donald Trump are resisting a federal judge’s instruction to submit a sworn declaration on whether they believe the government’s list of property taken from Trump’s Florida estate is accurate.

According to a letter publicly filed by Trump’s lawyers on Wednesday, the former president’s legal team told Senior U.S. Judge Raymond Dearie, who is reviewing the materials taken in the federal raid of the Florida property, that they don’t believe Dearie has the authority to require them to make such a filing.

The former president has repeatedly claimed without evidence that the FBI planted evidence.

The Trump lawyers’ letter, dated Sept. 25, says the order by another federal judge appointing Dearie to conduct the outside review of the materials only requires that the government file a declaration on the accuracy of the inventory list, and not Trump.

Trump’s lawyers also said they could not verify the accuracy of the property list because they do not currently have access to information taken in the raid that was marked as classified.

Dearie had ordered the former president to make the filing by Oct. 7. Dearie has not yet addressed the objection.

Trump’s attorneys also said in a letter filed in court Wednesday that the roughly 11,000 records seized by federal agents consist of almost 200,000 pages. They said the volume is hindering their ability to hire an outside vendor who can upload and host the documents so parties involved in the case can see them.

Dearie was appointed by U.S. District Judge Aileen Cannon at Trump’s request, and over objections from the Justice Department, to review the more than 11,000 records seized from Mar-a-Lago on Aug. 8. He is required to weed out any records that could be subject to claims of attorney-client privilege or executive privilege, a legal doctrine that can shield some White House communications from disclosure.

Initially Cannon ordered Dearie to include in his review about 100 documents marked as classified, but the U.S. Court of Appeals for the 11th Circuit reversed this decision after the Justice Department appealed.

The appellate court also ruled that the Justice Department can immediately resume using those classified records for its ongoing criminal probe, after Cannon had barred them from doing so.

Trump had resisted efforts to carve out material with classified markings from the review. Trump said in a recent Fox News interview he had declassified it all, but his lawyers have not made this claim in official court filings.

Trump could still appeal the 11th Circuit’s ruling to the U.S. Supreme Court, but thus far has not done so.

By Andrew Chung (Reuters) – The U.S. Supreme Court last March rebuffed an emergency request by North Carolina Republicans to allow the use in November’s congressional elections of…

WASHINGTON (Reuters) -U.S. President Joe Biden publicly sought out Jackie Walorski, an Indiana Congresswoman who died in a car accident in August, during a conference on hunger on…

WASHINGTON (Reuters) -The U.S. Senate on Wednesday edged toward passage of a temporary government funding bill to avert a partial government shutdown, with leaders of both parties… 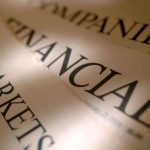 Binance Replies to Kraken CEO Who Criticized its Proof-of-Reserve 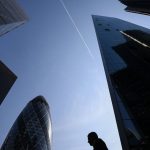