(C) Reuters. FILE PHOTO: An office building with Westpac logo is seen amidst the easing of the coronavirus disease (COVID-19) restrictions in the Central Business District of Sydney, Australia, June 3, 2020. REUTERS/Loren Elliott

SYDNEY (Reuters) -Westpac Banking Corp said on Monday it would return A$4.2 billion ($3.16 billion) to shareholders, but shrinking margins sent its shares plunging even as profit more than doubled with the release of funds set aside for the pandemic.

Westpac, whose home lending volumes fell in 2020, said the rebound in the Australian economy and sky-rocketing house prices had helped drive a 4% rise in its mortgage book, but at a cost of lower margins.

Net interest margin (NIM), a key measure of banking profitability that measures the difference between what banks charge for loans and what they pay out to depositors, fell 10 basis points during the second half, to 1.99%. For the full year, the NIM was 4 basis points lower to 2.04%.

Westpac shares fell over 6% in early trading, with analysts disappointed at the softer-than-expected result, cost performance and hit to margins.

Cash earnings of A$5.35 billion for the year ended September compared with the A$2.61 billion reported last year, were just shy of the consensus Refinitiv forecast of A$5.5 billion, driven by the turnaround in impairment charges.

In the second half, cash earnings fell for all units at the country’s No.3 lender. Core profit, excluding a pre-announced A$1.3 billion hit from Westpac’s institutional bank and remediation costs, was 13% lower for the year.

“Our underlying results are not where we want them to be, and we recognise we have more to do to become the high-performing company we aspire to be,” said Chief Executive Peter King. “However, we are making progress.”

The bank reiterated it is targeting a A$8 billion cost base by fiscal 2024, down from the A$11 billion it reported on Monday that excluded an A$2.3 billion one-off “notable” charge.

Westpac expects demand for housing to remain high and credit growth to expand to 6.8% in 2022, its highest in more than a decade. Home price growth would likely moderate to about 8%, King said, amid the country’s banking regulator tightening restrictions on home lending https://www.reuters.com/world/asia-pacific/australia-banking-watchdog-tightens-home-loan-requirements-2021-10-05.

Disclaimer: Fusion Media would like to remind you that the data contained in this website is not necessarily real-time nor accurate. All CFDs (stocks, indexes, futures) and Forex prices are not provided by exchanges but rather by market makers, and so prices may not be accurate and may differ from the actual market price, meaning prices are indicative and not appropriate for trading purposes. Therefore Fusion Media doesn`t bear any responsibility for any trading losses you might incur as a result of using this data. 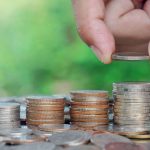 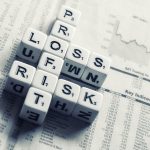 Cardano Price Drops by 85% From Its All-Time High, Similar to BTC